A much improved performance from Diamonds on Bank Holiday Monday but they fell to a narrow 1 0 defeat to table toppers Peterborough Sports.

Two changes for Diamonds saw Jay Williams make his debut in place of Fernando Bell-Toxtle and Nathan Tshikuna come in for Ben Diamond.

Diamonds started brightly and put Sports under early pressure winning corners and whipping dangerous balls into the box. Free scoring Sports were restricted to sporadic attacks with Dion Sembie Ferris coming closest on a quick break from one of those Diamonds corners.

After Sports had started to grow in the game Diamonds had their best chance. A 29th minute 25 yard free-kick flew agonisingly wide when it looked to have rippled the net.

Shortly afterwards Sports pounced with the only goal of the game. Maniche Sani headed home an excellent cross that split the Diamonds back line.

The high intensity of the first-half continued in the second with Diamonds pressing Sports hard. They spurned a great chance on 53 minutes when Joel Gyasi skied a close in effort over the bar.

Sports were forced into some robust challenges to deny Diamonds on the break as they struggled to close out the game.

Diamonds pressed hard for what would have been a deserved equaliser but the killer chance just never came.

This was a much improved performance from Diamonds against genuine promotion favourites but still a third defeat in 4 games. There were really positive signs in the performance with debutant Jay Williams holding the midfield together well and Joel Gyasi particularly bright for Diamonds. Sports clearly had their toughest game of the season and where forced to win ugly after previous free-scoring victories. They stay top of the table with 5 wins from 5.

Next up for Diamonds an equally tough start to the FA Cup campaign with a trip to Coalville Town in First Qualifying Round action next Saturday.

A reminder there is home FA Youth Cup action on Thursday evening as the youth team take on Welwyn Garden City in the Preliminary Round.

Man of the match: Joel Gyasi 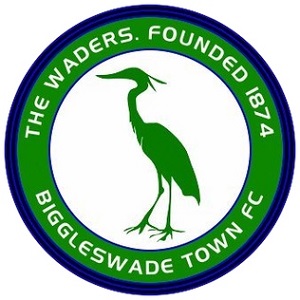