Diamonds were beaten for the first time in this year’s pre-season campaign on Tuesday night going down 1-0 to FA Trophy holders Brackley Town.

A competitive first half saw Luke Fairlamb prominent in a spell of early pressure for Brackley Town creating chances for colleagues to rather waste. Jack Bowen and James Hall were combining well for Diamonds with Bowen seeing a low shot saved early in the half,  just failing to connect with a Hall through ball on 30 minutes and being denied by a brilliant last ditch tackle from another Hall through ball just on half-time.

New signing Nathan Hicks came on at half-time and was agonisingly close to a late equaliser after Brackley had taken the lead through Glenn Walker. In a fairly quite second half Walker had beaten Ben Heath with a great volley from just outside the box on 70 minutes while Hicks beat the offside trap late on and saw his effort beat the away keeper but slide agonisingly wide.

This was a good committed performance by Diamonds against a very good Step 2 side that will have encouraged the 256 strong crowd about the new seasons prospects.

Manager Andy Peaks made two changes to his starting line-up with Liam Dolman and Jack Westbrook in place of Ross Oulton and Nathan Hicks who started on the bench.

Brackley Town have been regular pre-season opponents for Diamonds and on this occasion they are just one step higher in the non-league pyramid but current FA Trophy holders. They named a strong side and dominated the opening stages with ex-Diamond Luke Fairlamb prominent early on. He set up Nti for a shot that was blocked for a corner and after a trademark mazy run setup Trailist who blazed over.

Diamonds grew into the game with Jack Bowen and James Hall combining well on a number of occasions. Bowen got onto a great long ball on 13 minutes, controlling well and firing in a cross that evaded the other Diamonds forward men. Hall played a neat ball through to Bowen on 16 minutes the striker seeing his low effort saved by the away keeper.

Bowen again came close to connecting with a ball into the area on 30 minutes but couldn’t get his shot away, and was denied minutes later by a brilliant last ditch tackle after Hall had again played him through.

Gregg Smith responded for Brackley in a competitive game with a great effort fired across Ben Heath but into the side netting.

Substitutions were the order of the day in the second half as expected with new signing Nathan Hicks coming on at half-time and Cameron Gilchrist, Ross Oulton, John Dean, Tom Lorraine and later Ben Ford and Chilton joining then fray.

Brackley had the best of the chances in what remained an even game with Murombedzi firing just wide on 50 minutes and Lee Ndlovu turning in the box but being denied at close quarters by Ben Heath on 65.

Matt Lowe was causing problems with his strong running but it was a run from Ellis Myles that helped create the only goal of the game. His cross was only cleared to Glenn Walker just outside the box who fired in a superb volley into the bottom corner.

Diamonds had been neat in possession, probing around the field but without creating the killer chance but thought they had an equaliser in the final minutes. Nathan Hicks broke the offside trap, ran in on goal slide his effort past the advancing keeper but it went agonisingly wide.

This was another good performance by Diamonds as the quality of the opposition steps up in their pre-season campaign. They created some good first half chances with James Hall and Jack Bowen combining well. Brackley were a strong side and had the best of the second half chances with Glenn Walker notching the only goal.

Next up the visit of Enfield Town at Hayden Road on Saturday. 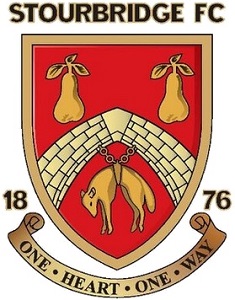