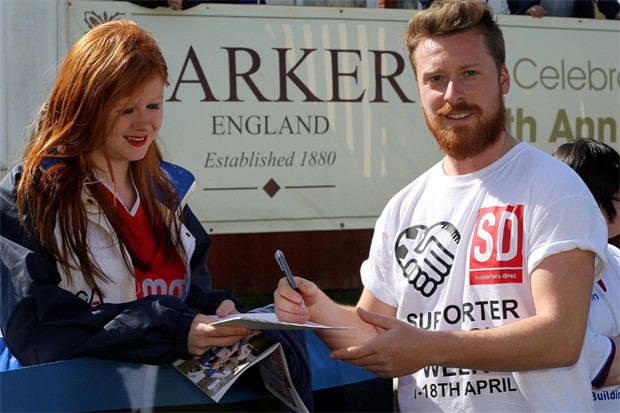 As well as being a key league game, this was also the first of two Diamonds home games that will recognise the Supporters Direct initiative “Supporter Ownership Week”.

One of the activities planned was for the first team to wear the custom t-shirts designed for Supporters Direct to promote this campaign. In front of a bumper crowd of almost 900 fans the Diamonds were able to help set things running for Supporter Ownership Week – you can read more about the overall campaign launch here, as well as the Crowdfunding appeal, the Fan Footage initiative and the general campaign by clicking on the appropriate links.