Sponsored by the AFC Shop

On Monday night AFC Rushden & Diamonds take on Daventry Town for the third time this season, as they make their debut appearance in the NSYL Cup.

This match is a significant one in the fledgling club’s maiden campaign, as it is the closest home game to the first anniversary of the death of Dale Roberts on December 14th. We will of course be commemorating the much loved former Rushden & Diamonds goalkeeper, and as such there will be a minute’s applause prior to kick off, along with a number of other momentoes to pay our respects. Full details can be found HERE.

The previous two games against Daventry Town, both in the League, have resulted in 3-0 and 2-0 victories for the Diamonds. Daventry of course were AFC R&D’s first ever competitive opponents, and those in attendance at Kiln Park that night are unlikely to forget the historic occasion. Click HERE for the match report for that game.
That victory was followed by an impressive win at Daventry’s Communications Park a month later as the Diamonds continued their impressive early season form. The match report for that game is HERE.

The Northants Senior Youth League Cup is competed for by members of both the East and West divisions and is not regionalised like the leagues. Rushden and Daventry both received a bye in the 1st Round as due to the number of teams entering there were only two ties at that stage. Northampton Spencer and Corby Town were the two sides defeated at the first stage, losing to Kempston Rovers and S&L Corby respectively. Wellingborough Whitworth are the first side through to the 3rd Round, as they beat Bugbrooke on Thursday night. All the remaining games are due to be played this coming week.

AFC Rushden & Diamonds will of course be wearing their blue and white home strip, while the visitors play in purple and white. This is our last home fixture before Christmas and the three week winter break which follows the match against Olney on Thursday 15th December.

Due to circumstances beyond their control, Northampton ON Chenecks have regrettably had to pull out of the game due… 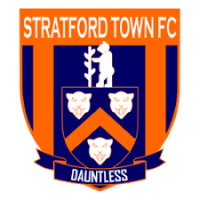