Diamonds take on Jon Brady’s Northampton Town on Tuesday evening in a re-arranged pre-season friendly to be played at The Dog & Duck, Wellingborough with a 7.45 kick-off.

The sides have met twice before with the first contest in July 2017 when the much missed Justin Edinburgh brought his Cobblers side to Hayden Road in pre-season. Diamonds ran out 2-0 winners against a strong Cobblers side with Ben Farrell and Tom Lorraine on target for Diamonds. The second contest was the Maunsell Cup match in 2019 with Cobblers winning 2 1.

Northampton are rebuilding under former Diamond Jon Brady after relegation last season couldn’t quite be prevented. Cobblers started their pre-season with a 6-0 victory at Sileby Rangers and followed that with a narrow 2-1 defeat to a strong West Ham side at Sixfields. Narrow defeats at Stamford (2-1) and against Nottingham Forrest at Sixfields (2-0) were impacted by unavailability of players but they bounced back with a great 3-2 win against Birmingham City on Saturday. Nicke Kabamba and Mitch Pinnock recent signings from Kilmarnock have scored 3 times each in promising starts to their Cobblers career.

Diamonds have won all 5 pre-season games scoring 19 goals and conceding just one. After clinching the Harry Robinson Trophy with wins against Eynesbury (3-0) Kempston Rovers (7-1) and Cambridge City twice (3-0 & 1-0 in the final) Diamonds beat ground share neighbours Rushden & Higham United 5-0 on Saturday. Young signing striker Will Jones scored his second hat-trick of the campaign while Tom Lorraine grabbed his 3rd goal in pre-season. Ben Diamond also has 3 in pre-season on his welcome return to the club and Lorrell Smith has also scored in a strong showing for the forwards.

The game is being played at The Dog & Duck, Wellingborough where it all began for Diamonds senior side back in 2012. Diamonds had 2 promotions, 2 play-off campaigns and never finished lower than 5th at The Dog & Duck. Who will ever forget Brad Harris 98th minute equaliser in a crucial game against Wisbech in the UCL Premier winning campaign? The exciting 2-2 draws against all three promotion rivals in the very first season were memorable. The 8-1 win against North Greenford, 7-1 against Leighton and 6-1 win against Arlesey in the same season were incredible and the 5-1 win against Carlton which clinched a play-off place was a great day. There were some memorable FA Cup contests of course as Diamonds won 7 FA Cup tie’s at the Dog & Duck including 6-1 (London Colney) and 8-0 (Cockfosters) in replays, drew just one game versus Bedford but the replay was won, and lost just the one in that incredible 4th Qualifying Round replay to Barwell in front of our record crowd 1162. My personal favourite Dog & Duck moment though will always be the 3-2 come from behind FA Cup win against two levels higher Cambridge City with Alfie Taylor’s last minute strike. Great moment to be commentating on Radio Diamonds.

Tickets can be bought in advance for this game via TicketSource but any tickets bought for the originally scheduled game are still valid. Alternatively you can pay by contactless card on the night.

Radio Diamonds will be broadcasting if you can’t make the game and we will have our usual in match twitter updates and full match report on this website. 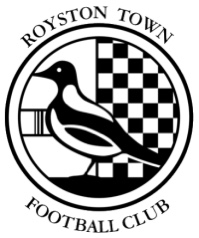