It was last minute heartache for Diamonds as Stourbridge completed a come from behind win with an 89th minute winner at the War Memorial Ground on Saturday.

A much changed Diamonds team saw Nathan Hicks stand in at fullback for Sam Brown, Dan Clifton replace him in midfield and John Dean and the returning Joel Gyasi play up front in place of injured Tom Lorraine and Ben Diamond. Liam Dolman remains on the injury list.

Despite the disruption Diamonds started strongly and forced a dramatic goal line clearance by the home keeper James Wren before taking the lead on 11 minutes. John Dean broke clear of the Stourbridge defence after a poor backpass, rounded Wren and slotted home. Stourbridge responded well and on 23 minutes a curling effort from Robbie Thomson-Brown was brilliantly tipped wide by Diamonds Man of the Match Ben Heath. From the resulting corner Jack Duggan headed wide when unmarked. Stourbridge should have had an equaliser twice on 25 minutes as first a penalty was awarded for a challenge on Greg Mills but was brilliantly saved by Ben Heath, and then from the resulting scramble the ball found the net but the referee disallowed the effort for an apparent infringement. The equaliser finally did come on 31 minutes as Greg Mills fired in a cross-shot that slipped under the slightly unsighted Ben Heath. Diamonds had continued to look dangerous going forward in what was a fairly even first half with Joel Gyasi nearly setting up Jack Bowen after a great run and John Dean running hard at the Stourbridge defence.

Ben Heath continued to star for Diamonds in the second-half as a strong Stourbridge side pushed for a winner. He clawed a Luke Benbow header away from his right on 60 minutes and a clear Jack Duggan header from a corner was pushed round the post 5 minutes later. Diamonds were always dangerous on the break though with Joel Gyasi and Jack Bowen combining for a close range effort blocked by the home keeper, and Gyasi putting John Dean away only for the keeper to just gather.

Diamonds were struggling to hold the Glassboys in the final stages though with Jack Ashton penalised for diving in on Robbie Thompson-Brown but real chances were at premium from open play. The goal if it came was always going to come from a set-piece and so it proved on 89 minutes. A free-kick deep into the box was headed towards goal by Leon Broadhurst and although cleared from the line by the Diamonds defence it was ruled to be over the line.

A Stourbridge win was probably deserved on the balance of play but the much changed Diamonds side pushed them all the way and didn’t deserve the last minute heartbreak.

Next up a trip to old friends Deeping Rangers in the FA Cup Preliminary Round next Saturday.

Man of the Match: Ben Heath

The updated Match Stats, Player Stats and Attendance figures along with league stats are found in the First Team stats area on this website here. You can also find updated fixture lists in the main fixture and results grid, as well as on the Fixture News page, where there is a downloadable version. 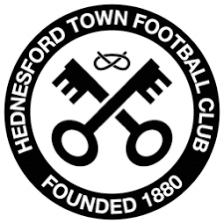 Click here to get all the news straight to your inbox
We use cookies on our website to give you the most relevant experience by remembering your preferences and repeat visits. By clicking “Accept All”, you consent to the use of ALL the cookies. However, you may visit "Cookie Settings" to provide a controlled consent.
Cookie SettingsAccept All
Manage consent

This website uses cookies to improve your experience while you navigate through the website. Out of these, the cookies that are categorized as necessary are stored on your browser as they are essential for the working of basic functionalities of the website. We also use third-party cookies that help us analyze and understand how you use this website. These cookies will be stored in your browser only with your consent. You also have the option to opt-out of these cookies. But opting out of some of these cookies may affect your browsing experience.
Necessary Always Enabled
Necessary cookies are absolutely essential for the website to function properly. These cookies ensure basic functionalities and security features of the website, anonymously.
Functional
Functional cookies help to perform certain functionalities like sharing the content of the website on social media platforms, collect feedbacks, and other third-party features.
Performance
Performance cookies are used to understand and analyze the key performance indexes of the website which helps in delivering a better user experience for the visitors.
Analytics
Analytical cookies are used to understand how visitors interact with the website. These cookies help provide information on metrics the number of visitors, bounce rate, traffic source, etc.
Advertisement
Advertisement cookies are used to provide visitors with relevant ads and marketing campaigns. These cookies track visitors across websites and collect information to provide customized ads.
Others
Other uncategorized cookies are those that are being analyzed and have not been classified into a category as yet.
SAVE & ACCEPT