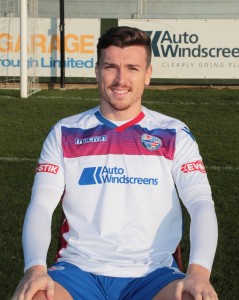 Zack Reynolds has signed a contract and committed to the club for the forthcoming season. Full back Zack who joined at the start of the 2018/19 season and featured in 40 games whilst picking up a number of man of the match performances.

Manager Andy Peaks told www.afcdiamonds.com “I’m delighted Zack has committed to the club for next season, he was outstanding last season and key to our defensive record whilst providing a great outlet going forward as well”

On other squad news Peaks reiterated that all of last years squad had committed to next season with the exception of Jack Westbrook, and there a number of new players coming in pre-season whom he is confident can add to the squad and take it to the next level.

As and when players sign league forms after July 1st these will be announced accordingly.